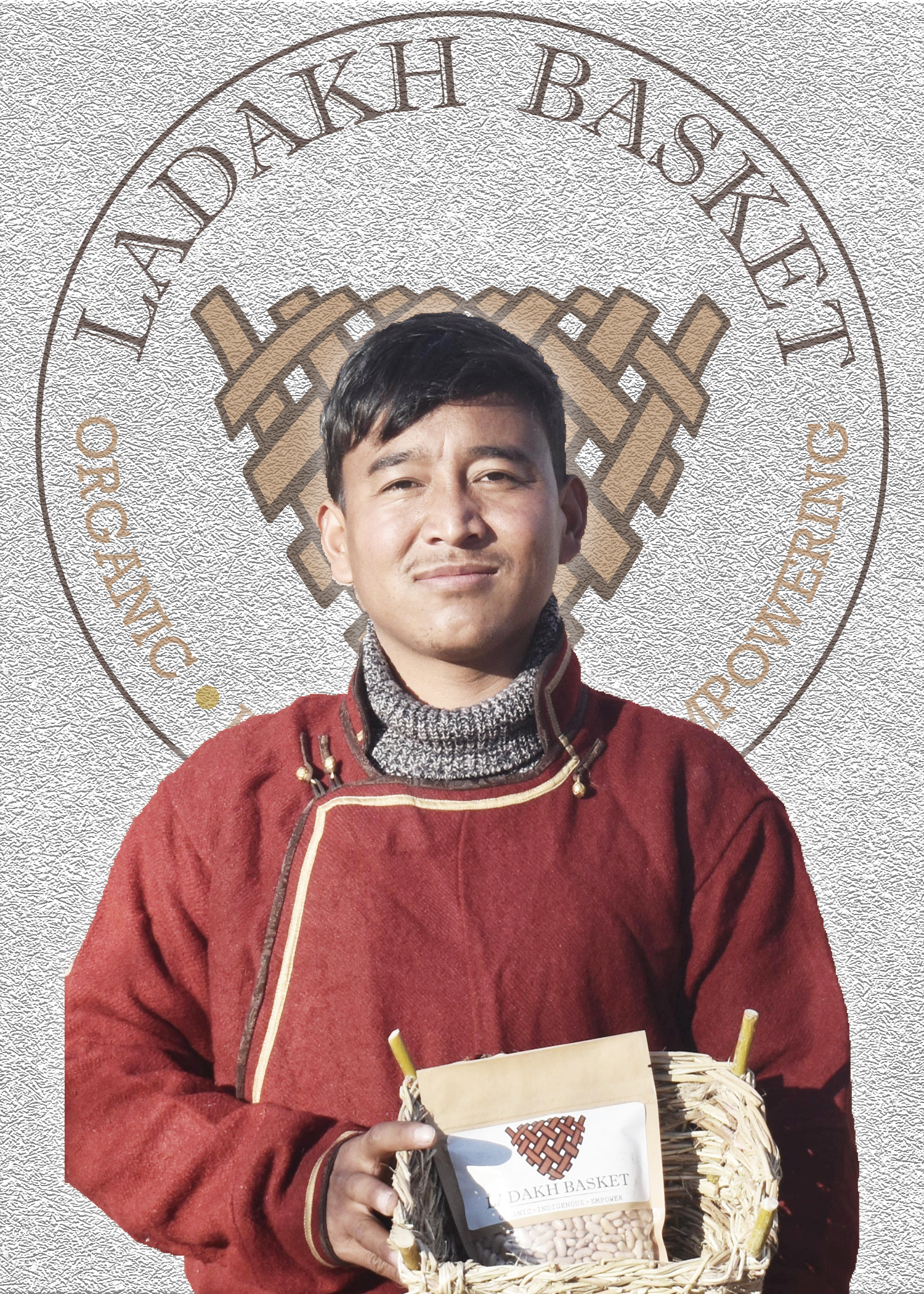 In this series, we introduce you to one of our three founders. Read on for a profile of co-founder and CTO Sonam Stanzin, why he started Ladakh Basket and what he wants to share with other budding youth entrepreneurs.

Sonam Stanzin is used to running around. He’s been playing sports all his life, and it may even be one of his superpowers. Or at least a (not so) secret talent. But now, “all I do is work,” he smiles. As one of three co-founders for a community-based social enterprise and wearing not one but two hats as both CFO and CIO, it’s likely Sonam’s time for sports has changed. Now he’s active in a different way: running a thriving and sustainable business.

“Ladakh Basket was founded to create [extra opportunities],” Sonam says, “and empower Ladakhi farmers and Ladakhi craft, and to get Ladakhi products all over the world.” It was important to Sonam to be a part of solutions in his community as he saw traditional farming practices and Ladakhi foods start to disappear for lack of market access, instead of turning in favour of speed and ‘faster’ processed food. Sonam says his favourite Ladakh Basket product is the barley flour, mentioning market influences on Leh district farmers.

“Barley flour is my favourite because all the farmers in Ladakh cultivate it, and it was the most used [cereal grain] before rice from outside Ladakh arrived.” The preservation of indigenous farming, foods and crafts is key for all three co-founders and why they wanted to start a business. After a successful mentoring partnership with the UNDP Youth Co:Lab, Ladakh Basket was created as a community-based social enterprise selling local organic products from all over Ladakh. Youth Co:Lab is the largest youth social entrepreneurship movement in Asia and the Pacific. To date, over 8,000 young entrepreneurs have benefited by developing or improving nearly 1,000 enterprises and startups directly addressing the Sustainable Development Goals (SDGs).

After further community partnerships were created to demonstrate and showcase organic villages in the Leh district, Sonam is now putting into action his determination and perseverance.

“There is so much potential in this business,” he says, “if we do our work seriously.” He says that, on his entrepreneurial journey, one of the things that have surprised him is the amount of support Ladakh Basket has received. Besides Youth Co:Lab, the three founders have worked with Indian government agencies such as the Department of Commerce and Industry and Startup India to realize the formation and launch of Ladakh Basket. Sonam says the support is very gratifying and another reason for his action-packed multitasking approach.

“It is such a pleasure to see our partners in the countryside, to be there and to see their hard work.” Sonam intends to honour all this hard work and effort by being present as much as he can. “To me, the perfect happiness is living in the moment,” he says. Although he admits to sometimes worrying a bit about the future, when he does, a role model (and hero) he turns to is his dad.

Sonam has learnt the value and power of leadership, self-direction and caring about others. He also thinks good entrepreneurship means thinking about things like the interconnectedness between makers and consumers and yes, having an athletic approach to determination. He knows challenges and even failures will happen on the entrepreneur’s journey. “Don’t give up,” he says, “just pivot when things don’t work.”